What will finally break the internet? 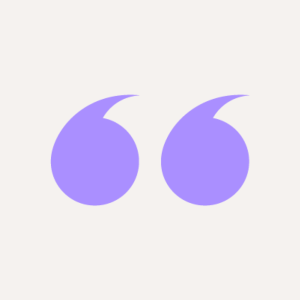 What will finally break the internet?

Here are seven things that we think will finally break the internet:

In the early days of the internet, we saw static webpages, slow dial-up in a world that had the personal computer at its center. Enter Web 2.0. An always-connected mobile-first space that’s social and content-rich where large players are able to sell swaths of data to serve eerily relevant ads. Web 3.0 will turn the previous generation of the internet on its head. The new iteration will bring a decentralization of data and bring the power dynamic back to the end-user. As is with most innovations, there are legacy players that will fight tooth and nail to prevent this transition. An open web that makes former networks less relevant is a world that is threatening to those that leverage this model for their own advantage.

Recently, I have noticed a good surge in the business owners and teams taking online platforms to tell their emotional growth stories, talk about their passion for improving their quality of services/products, and similar tactics to promote their brand. This method is very effective in grabbing the attention of the target audience. Such videos are breaking the internet and will keep doing the same. For businesses trying to attain better results through marketing, they must try this emotion-based practice to lure more buyers and customers. It will surely work. And it is a bit related to giving your teams a chance to be the face of your brand. They will also feel more connected to your organization.

The internet has experienced many problems in the last four years. A continuation of these problems can ultimately break the internet as we know it. First, a European law said webmasters needed a GDPR (SSL) certificate. Webmasters all over the world and not just in Europe scrambled to get this. Google posted scary warnings that all websites weren’t secure if they didn’t have SSL Certificates meaning they were GDPR compliant. Is this a European law or an international law? Next, there was a controversy over net neutrality. The government said the internet shouldn’t be regulated. If companies can charge whatever they want, can webmasters afford the internet to maintain their online business?

A significant part of online activities happens on online platforms run by a handful of large corporations. The ongoing US Congress discussions about online media accountability may potentially lead to unprecedented shifts in legislation affecting the ways they conduct business. Mandating social media operators to moderate every piece of content published on their platforms can drastically change how the internet is used and supervised.

If the demands of bandwidth and data downloading exceed the capacity and evolution of hardware, there could be disastrous results for sharing data across the internet in the future. We already see strains on the internet regarding YouTube reducing their streaming quality to 480p as default to protect bandwidth. Throw in the mix of more developing countries joining online, and we have the potential for a real stress test on the internet.

If I had to guess what would finally break the internet completely, it would be an all-out cyber world war on a global scale. Nations would cut themselves off from the internet as a measure of safety, and that ripple effect would eventually end the internet as we know it. The risk-reward of nations would be too great for them to allow their citizens and government agencies to be plugged into the world wide web anymore, and they would cut themselves off from the ability to log in.

When people use the phrase “breaking the internet,” it is simply used as hyperbole for when something goes viral. But something that could finally break the internet in the literal sense of the phrase would be somehow losing the buildings that act as points of traffic exchanges for the internet. These buildings, scattered across the globe, are where networks from providers like Comcast come together to exchange their traffic. If any of them were cut off—by a power cut or earthquake, for instance—we would know about it. While not probable, it is always possible! Every precaution is taken to protect these kinds of buildings, but it sure is interesting to think that the internet is, in fact, breakable.